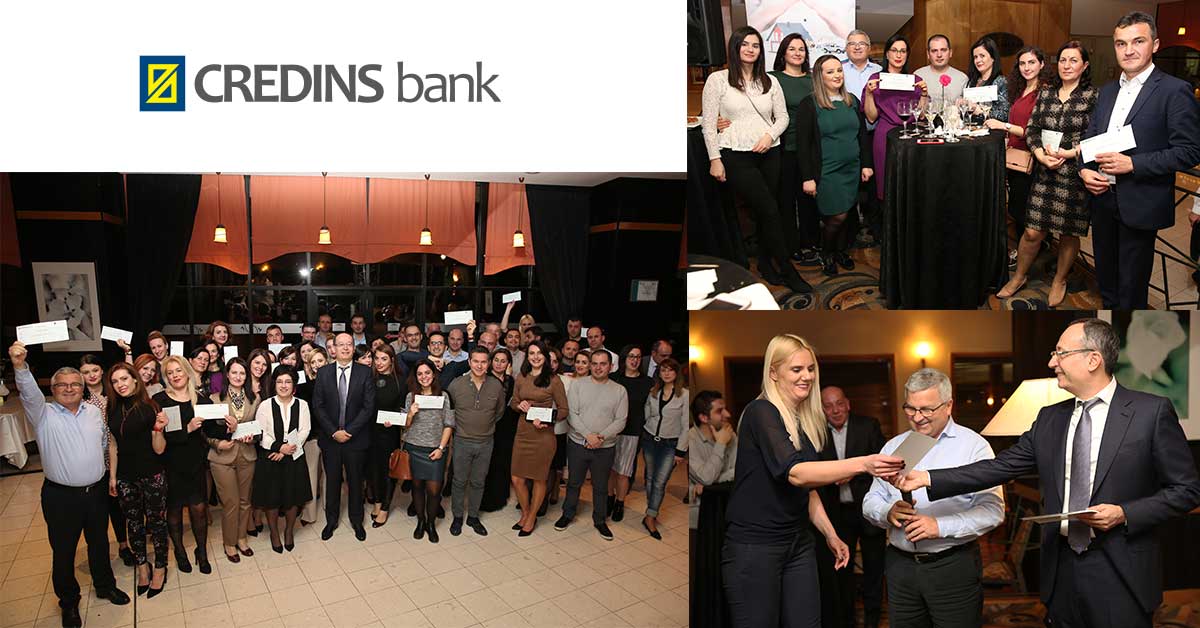 For the second consecutive year, Credins Bank has distributed the "Jeta ne Kursim" trust fund to approximately 105 employees of various categories of branches not only in the capital but also in the regions, which have been contributing for more than 7 years as part thereof.

Chief Executive Officer Maltin Korkuti, in his opening remarks, expressed the gratitude to the entire staff for their dedication to clients’ service, praising them as the key to Credins Bank's success, making it number one for Albanians. As far as staff is concerned, it is a privilege to work in an institution which does not lack in motivation and bonuses for loyalty over the years. The distribution of the “Jeta ne Kursim” Trust Fund has now become a tradition that will be repeated every year to show that loyalty and dedication are rewarded.